Home / Recycle / ‘Another revolution is needed’

‘Another revolution is needed’ 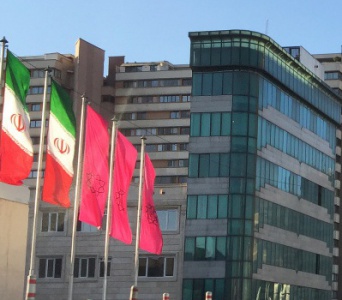 More iPhones, more luxury cars on the streets of Tehran, more foreign trade missions: Iran is opening its gates to the world following a lifting of economic sanctions which is expected to bring prosperity for the country’s population of 80 million. In the years to 2025, copper and aluminium consumption is set to explode, helped by the country’s rapidly-growing energy sector. However, demand will not necessarily boost recycling in Iran, experts believe.

‘Let’s face it,’ says Iranian metals industry specialist Alireza Jafarinejad, ‘recycling is not yet in the hearts and minds of Iranians.’ According to Jafarinejad, there is no collection infrastructure, no scrap focus. ‘Moreover, there is no recycling culture,’ he stresses.

While in many countries, people have developed the habit of taking their old or broken refrigerators to a collection point for recycling, Iranians put them in the basement where they are used for storage. In order to turn the tide, he believes, ‘another revolution’ is needed in Iran – ‘a recycling revolution’.

Jafarinejad points out that this will take time. ‘New technology is needed as well as government support in the form of stricter regulations,’ he explains. According to Panthea Geramishoar, non-ferrous expert at Iranian mining development organisation IMIDRO, Iran indeed lacks ‘a proper and official’ collection infrastructure.

‘Besides, per-capita consumption is still too low to get the big volumes and make collection interesting enough,’ she told Recycling International on the sidelines of Metal Bulletin’s Iranian Base Metals Conference held recently in Tehran. ‘Maybe in 10 years from now, this will change,’ she mused. But in addition to the absence of a recycling culture, collections and volumes, Geramishoar also points to primary sources being ‘so close by and still cheap enough’.

Iran is a force to be reckoned with in the mining sector and is the twentieth-richest country in the world in terms of major minerals. Within its borders can be found upwards of 70 types of mineral, with more than 37 billion tonnes of proven reserves and an additional 57 billion tonnes of potential reserves.

Estimated total value: US$ 700 billion. According to the United States Geological Survey’s country-by-country breakdown of reserves, Iran ranks first for zinc, ninth for copper, tenth for uranium and twelfth for iron ore. Overall, Iran accounts for more than 7% of global mineral reserves. The Iranian government owns 75% of all mines but is seeking to develop the sector through private and foreign investment, especially in the copper, zinc and aluminium segments.