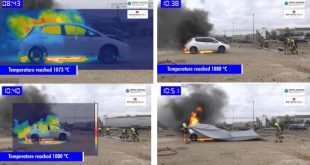 Roseville, Michigan-based GLR Advanced Recycling has announced it has sold all of its paper recycling operations, citing a “good opportunity.”

Rosen says GLF initially approached GLR Advanced Recycling about purchasing the company’s two Michigan plants. “I didn’t want to be left with one paper plant 275 miles away from our headquarters so I said I’m not interested in selling the two plants nearby and keeping the one that’s far away,” Rosen explains. “We worked it out,” he adds of GLR and GFL and Royal Oak.

“It was a good opportunity for us,” Rosen says.

GLR Advanced Recycling will continue to operate its brokerage side of the business. Rosen says, “They were looking for the processing capability more so than the brokerage and while they were interested in the brokerage it wasn’t their focus and we liked the idea of not having the mess of the operations but still staying in the industry so we felt it was worthwhile to hold on to the brokerage.”

Ed Mamou, vice president of Royal Oak, says the acquisition made sense as the company already has a footprint in the Buffalo area. In October 2014, Royal Oak bought the Paper Retriever program from Resolute Forest Products, Montreal. The program pays organizations, from school and offices to churches, based on volume and market to host collection bins on their properties.

Royal Oak launched a fleet division of collecting newspaper in the Buffalo market. Mamou says the company was using third parties to process the recovered paper, “which did a good job of processing our material, but with the current climate with the export markets we wanted to be sure to be able to do that long-term,” Mamou says.

“We can now process our own tons and keep growing,” says Craig Reeds, director of operations for Royal Oak.

With these capabilities, Mamou says, Royal Oak has full control of its process. The company also has strong relationships with mills in the area, he adds.

Mamou explains, “When we’re able to touch the material from purchase to process to the mill, it gives us full control. It gives us growing ground in the Midwest and I say it loosely because we keep growing. We can reach out to the retail chains, the factories the printers and be able to service them directly now.

Mamou and Reeds say they see potential in the recovered paper sector, most notably with old corrugated containers (OCC).

Reeds says, “We see OCC staying strong because of the ‘Amazon effect.’ We don’t foresee corrugated markets going through a recession like in 2008, 2009 and the demand is fairly strong for online retail and will continue to grow.”

GLR Advanced Recycling also has its eyes on growth, Rosen says. The company sees growth areas in the metals sector, with a focus on the automotive and ferrous and nonferrous markets. GLR is working on an acquisition of a metals recycling company, with plans to make an announcement at the end of August, Rosen says. “We expect to add three locations by the first quarter of next year,” he says.

Rosen says, “We follow growth opportunities and every aspect of our business has been on a growth trajectory.”

He continues, “Had this opportunity not come along, our paper operations would continue to grow. As well, the growth of the metals [side of the business] is the fact that we’re still in it. We have a young dynamic team and some great leadership and we’re well positioned in this market.”

Mamou, who says his father Habib’s first job was at the former Great Lakes Recycling, also points to growth. He refers to the acquisition as a “natural fit.” He also says he appreciates that GLR already has a fully-staffed facility of well-informed employees.

“For us it’s almost like we’re able to grow now because of how big we are and how big our ground game is. When we locate a city, it’s a match,” Mamou says.