Home / managemet / What is The Government’s Decision about Worn-out Cars?

What is The Government’s Decision about Worn-out Cars?

Worn out cars are consuming fuel 15 to 20 times more than brand new and standard cars, but they are running on the streets and the will make the air polluted. Now, there is a question, what is the share of Tehran’s vehicles in the air pollution?
What is The Government’s Decision about Worn-out Cars?
KhodroCar – it was last week when Tehran schools closed because of pollution and cars were the main reason forthis issue. 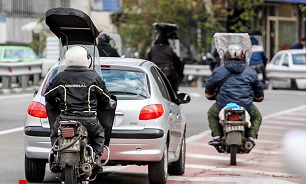 Too many cars and about 2 million worn out vehicles are riding in Tehran and they are the main reason for the air pollution. They are polluting the air and the government should have a plan for these cars which are the reason of Tehran emission.

Now, if we put cultural and social sides of pollution away, it has some bad effects on the economy and automakers and the officials of this industry should pay more attention to solve it.

Meanwhile, experts believe that worn out cars are responsible for the pollution. Right now, the number of scrapping yards is increased to 200 centers and the benzene in the fuel is decreasing but the problem has not solved yet.

Recently, Isa Kalantari, head of the department of environment believes that gasoline and car are two reasons for the pollution but we can’t live without them. “The government has no choice because they can’t stop all vehicles and on the other side gasoline is not standard.” Said Kalantari.

Some experts believe that standards need to be strict and two million worn out cars have to be replaced with new ones soon.

“The department of environment once announced that the effect of moving objects on increasing emissions is near 80 percent. These moving objects are cars, worn out vehicles, trucks, semi-trucks and motorcycles.” Said Amir Seifi Zadeh, expert on worn out cars. “There are 2.5 to 3 million scrapped motorcycle in Tehran, which are releasing emissions of 15 million cars that is too bad for the air.”

“There are 2.5 million worn out vehicles in Tehran and they are responsible for the 80 percent of the pollution.” He said. “If the government is caring about people’s health, they have to pay more attention to the worn-out cars because they are the main reason for the pollution.”

https://recyclinginternational.com More than 52% of plastic scrap is being recycling in Bulgaria. This makes the …